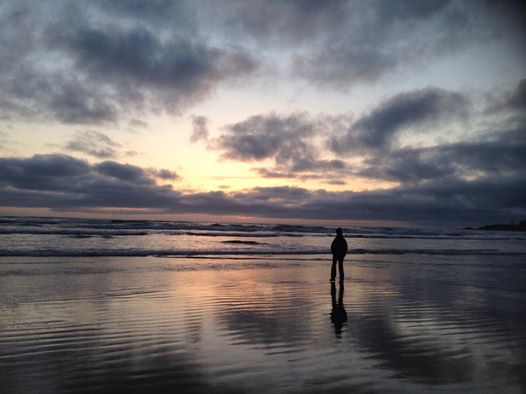 I was a child of the seventies. I grew up watching Schoolhouse Rock as the filler between Saturday morning cartoons. My school books were filled with bell-bottomed kids with long flowing hair.  I grew up when the "just say no" message was, "No, man, I'm not stoned. I'm high on life."

No one had invented car seats yet, so our parents crammed three or four giggling kids into the cubby hole at the back of our Volkswagon bug.  On a hot day, that cubby would get hot, so we'd go through the soft-serve ice cream place. By the time we got to our destination, we'd invented ice cream hair gel and my cousin's hair was spiked.

I didn't know a lot about Vietnam then, only that people came home injured and they often drank a lot. Right after one of my dad's friends came home, I remember being swooped up, sitting on his muscled arm, one of my hands in his.  A cigarette dangled from the corner of his mouth and he danced me around the room while Johnny Mathis sang, "When will I see you again," from the grooves of vinyl.

I was at the end of a generation that believed individuals had power to change the world, that just being alive was reason to be ridiculously happy.

When I think back on those childhood memories, seeing those sparkling eyes from my parents' generation, I'm struck by the fact that so many of those people are gone now. I remember when my grandmother's generation started dying, she kept obituaries in a notebook.  I was browsing through this odd book one day and asked her why she stopped collecting them.  She shrugged. "Most of the people I know are dead," she answered. She started to say more, but stopped.

Sometimes I get lost in my memories and her words come back to me.  "Most of the people I know are dead."

Time passes so quickly. I remember, like a dream now, one summer evening when I was eight or nine years old.  I'd fallen asleep lying on the shag carpet in front of the television set. All was still when I woke up--no television, no thrum from the swamp cooler--just birds chirping and frogs croaking, and the sounds of quiet conversation.

The room glowed with the last golden rays of the day. All the doors in our small house were open, and a breeze played in the curtains, making strange shadows dance on the ceiling.  Time seemed to stretch out forever as I lay there, listening.  My parents sat on the front step of our house, talking about their dreams.

They dreamed of a camper. Maybe a Travelall. Time to go fishing together. Maybe a first vacation.

My dad had been hauling milk cans since before I was born and he'd just sold his route. He hadn't had a single day off for more than ten years. He hadn't called in sick because dairy cattle didn't know what that meant.

"The kids are growing up," I heard my mom say.

"Your folks aren't getting any younger," said my dad.

Sometimes I wish I didn't have this window of memory.  Only yesterday I was the one saying, "the kids are growing up."  And now here we are in my mom's favorite spot on the Oregon coast and I can feel her here with us even though she's been gone for over a year.

I've been talking about dreams a lot lately too.

I released a book this week, a goal I've been working on every day since my dad died--over five years ago now. I've written six novels, but this is the first to make its way out in the world.

A few have asked me why I walked away from my agent, why I'm now so determined to control this path.

I suppose it's because I can now finish my grandmother's thought.  "Most of the people I know are dead now. . . and soon I will be too."

All those years ago, lifted and danced around the room by a Vietnam vet. . . I'm only now understanding how those eyes had seen death and, through death, had found life. This time is meant for dancing, for dreaming, for celebrating.

All our lives are spent in that golden hour at the end of the day. It's up to us to decide how to spend them.