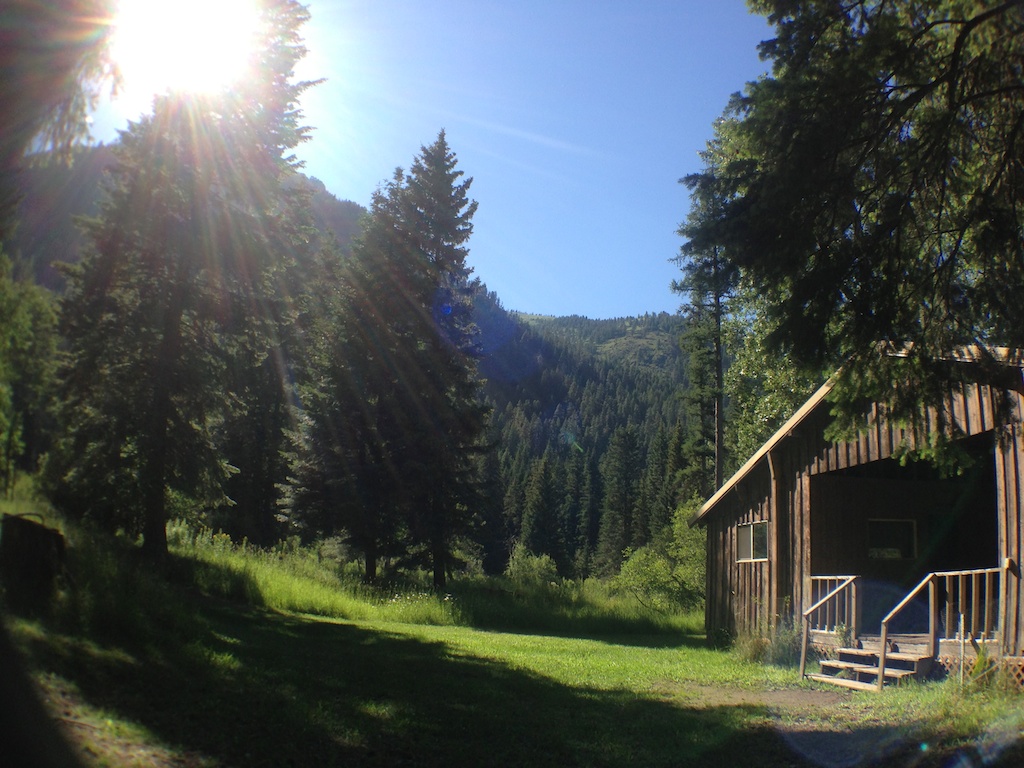 This simple, powerful message changed my heart at Summer Fishtrap.

I've heard plenty of people preach the opposite:

"The world has enough writers."

"The last thing we need is some two-bit hack thinking he can pick up a pen and be as good as the rest of us."

"You're not a writer.  You're a content-provider.  The rest of us are in sales."

"You're going to have to toughen up if you want to compete in this publishing market."

I'm sure you could add to this list of mandates, this list of things we are told we have to do to get in (or stay in) "the publishing game."  Everyone talks about money and market, the right price for ebooks, the deals made and not made, which authors are getting into (and not getting into) Barnes and Noble.  And truly, yes, we all need to make our way in the world, but there are easier ways to put a meal on the table than being a writer---or a content-provider---or whatever the hell we're calling it today.

Last year at Fishtrap, I revised a novel based on suggestions compiled from an assortment of editors at various big publishing houses. My agent asked me to address all concerns before she sent the manuscript out again and I was willing to give it a go.  It's publishing, right? You do the dance. You toughen up. You take out this bit for one editor.  You drop a few minor characters for another.  You explain actions so they are rational decisions rather than quirky impulse.  You take away the side kick's point of view. You take away another character, another quirky scene.  Streamlining---simplifying---narrowing---boiling the book down to the simplest common denominator.

At the end of the process, I read back through the manuscript feeling gutted. If writing were medicine, I'd killed my patient.

I didn't send it.  Probably my agent would have seen how terrible it was, but I was even more afraid she'd sell it.  My name would be there on the cover and I'd be so ashamed of what I'd done to this friendly, happy manuscript.

I tried to shake the feeling of doom.

Probably it was me. My mother had been part of our immediate family for six years, and over that last year, she'd been dying of cancer. (At the time, ever hopeful, we called it living with cancer.) Anyway, I was caring for her, so yeah, I thought probably it was me.

Still, I couldn't do it.  I was already losing my mom.  I couldn't lose my writing voice too.

So what did I do?  I bolted in the opposite direction.  I wrote something literary and heart-rending---something powerful enough to turn my quirky manuscript into a back-from-the-dead Frankenstein's monster---something no one wanted to read, but something I desperately needed to write---probably the manuscript that saved my life.

I didn't realize how far into my mind I'd retreated until I saw the worried looks of friends.  And then, yes, I set it aside.

Probably it was just me.  Just the grief talking. Simple, uncomplicated grief.  Minimize it.  Play it down.  Shove it down.

Mom died while I held her hand.

Talk to a friend.

Talk to another friend.

She looked into my eyes, considered carefully before clearing her throat.  "You know, you really should entertain the possibility that things aren't working out with your agent."

I decided to send my agent something else---something that hadn't been hacked and resurrected---something good in its simplicity.

My agent said she loved it.

And then she showed me how to take it apart and turn it into something more marketable.

I said no. Not this time. Not again. I asked for my freedom.

And there I was at Fishtrap, agentless, open-hearted, prone to tears, off-balance, and giddy with possibilities.

I kept hearing the same message from different people.  The world needs writers.  We need people who will speak honestly about their lives and their experiences, people who make us think and tell us hard-won truths.  We need truth in all forms.  We need essays and letters. We need poetry and music. We need stories that open up to bigger questions and realities.

During an afternoon panel discussion, Scott Russell Sanders told us, "We need writing that serves the greater understanding and not just the writer's career.  We need writers who understand that personal stories are always enmeshed in larger stories.  Those larger stories, what Rachel Carson called the great realities, matter most."

In discussing the label, "nature writing," Sanders suggested that work severed from the environment be labeled, "Urban Dysfunctional Literature."  Everything else would just be writing.

A previous panel discussion opened to the possibility of a grand idea:  the embracing of regional literature and regional writers.  Rather than looking for the biggest possible audience, why not look for the most engaged audience?

In her keynote address, Cheryl Strayed told us, "Find that hot burning core of you and give yourself up to it."  She told us to write our deepest story and then go deeper.  Don't just talk about death. Explore how to live with loss.  "Begin with what's true. End with what's truer."

In order to do this, we have to be vulnerable and being vulnerable is frightening.  Strayed's advice?  "Always write terrified."

In a digital storytelling workshop, Kim Stafford suggested gently asking why we need to tell the stories we're telling.  In answering those questions, we find the bigger story.  The story surrounding our personal narrative is always more important.

Luis Urrea tells us to write what matters and then it will be easier to keep pushing for publication.  "Wear the bastards down," he says.  "It's not a career move.  It's a spiritual triumph."

One publisher shrugged when asked about agents.  "You need one," he answered, "but most writers don't like their agents."

Urrea jumped in enthusiastically, "but having a good agent is like having your own ninja assassin!"

The publisher nodded, reminding Urrea that he hadn't felt the same way about his first agent.  Another writer in attendance had fired five agents, getting a new one each time she'd successfully pitched her own book to an editor.

Not coincidentally, that was also the point when I saw my own story inside a larger context of other writers.  And that story opened up to the experience of artists, living in communities of people dependent on each other, living with an understanding of what Rachel Carson called, "the great realities."

Strayed points out that publishing is itself a shallow goal.  "When it happens, some people will read your book and, among those who do read, most will be indifferent."  We have to be more ambitious, "wildly ambitious," she says, "but don't be ambitious about publishing or selling.  Be ambitious about your ideas and your writing."

Sanders reminds us that the literature we need is both tough (asking the tough questions about life) and vulnerable (always telling the truth).

Urrea brings it all together. Instead of telling writers they have to toughen up, he says, "You have to believe enough to endure the rejection."

Being a content-provider will not fill our souls with that kind of passion.

Perhaps in the larger context, we'll be able to see how talent is another of our environmental resources, pulled from the mammalian dreamers and thinkers who populate this suffering planet. If this is the case, what do you think? Are we mining our talent in a disposable way, draining one writer---tossing her away---draining another---or are we using our limited resources in a sustainable, life-affirming way?