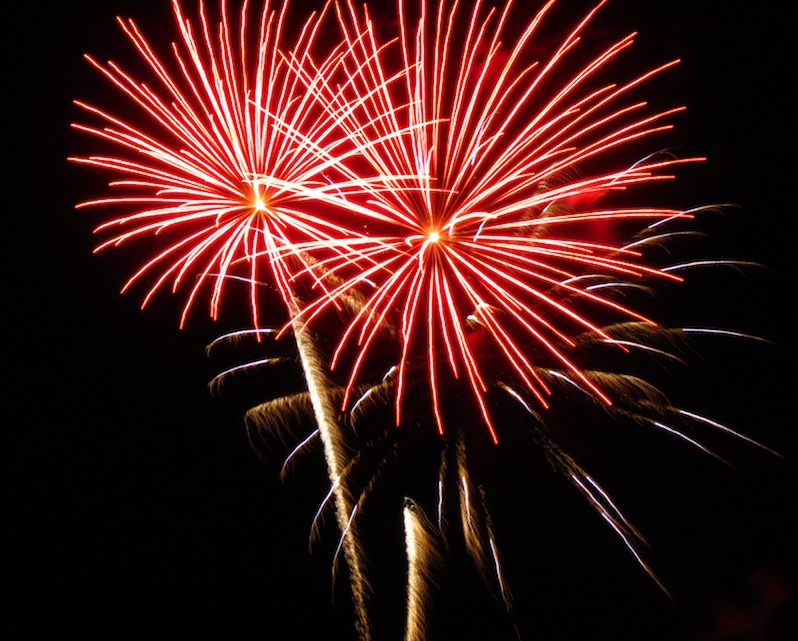 We drove out toward Melba, Idaho and parked alongside a country road to watch the fireworks.  All around us, families spilled out over the tailgates of pickups Open windows brought fragments of conversation through the night air. Gossip from family barbecues---someone who said someone will surely have an interesting sunburn---giggles---fragments of patriotic music from radios tuned to different channels---sparklers. Children sat on the doorframes of cars. One mom's voice sounded shrill above others: "Stay off the windshield!" And a deep voice close to hers replied, "It's gone to crap anyway. Let em go. It's the fourth of July."

As the fireworks began, one nearby dad kept us entertained with excited cries of "FIREBALL! Look at that, kids!" and "Whoa!" followed by, "Hey! It pulls out all my hair when you do that!"

Everyone cheered at the finale and not one person honked as traffic snaked slowly along roads unaccustomed to so many cars.  Why worry about it? Let it go. It's the fourth of July.
Labels: 4th of July American West fireworks Idaho Independence Day Life Melba