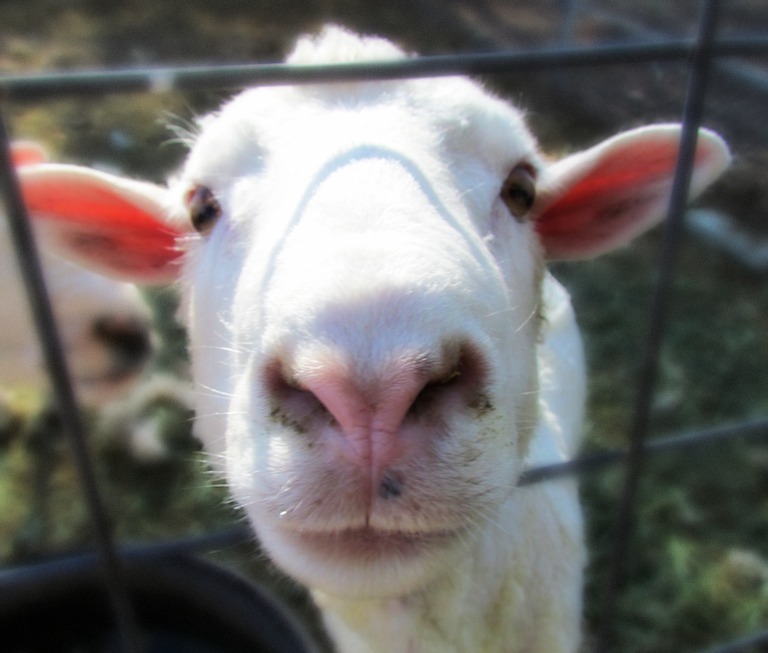 Anyone remember Baxter the house lamb? He was born with a selenium deficiency and couldn't walk. His brother and sister both died within days of birth. We brought Baxter inside to make him comfortable for as long as he would live. At six months, he was still following us around the barnyard and sleeping on the rug on our front porch. He still doesn't quite understand why we put him out with the sheep. He's two years old now and he'll rest his chin on the fence like this until we pet him.

After our ram was struck by lightning (true story), we decided maybe we weren't meant to raise sheep, but we still have six. They earn their keep by munching weeds and being cute. We also play with the wool.
Labels: American West baxter houselamb Johanna Harness Life