Tools For The Writing Process 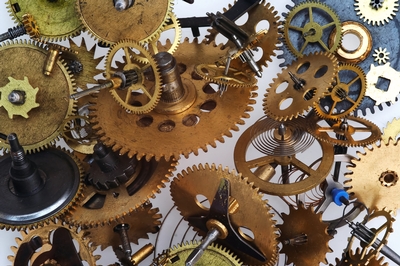 I love it when writers talk about their writing processes. Listening to authors describe how they take a glimmer of an idea and shape it into something irresistible and engaging? Oh yeah. I could listen all day.

Twice now I’ve had the pleasure of hearing Terri Farley discuss clustering as a means for taking scattered thoughts and pulling them into something coherent and ordered.  She uncovers details that echo far into the soul and she builds on those.  Until I heard Farley describe her process, clustering was just another form of outlining for me.  Afterward, clustering became a piece of magic I use myself.

Last summer at Willamette Writers Conference, I heard Eric Witchey give a talk called “Levers, Ratchets, and Buttons” wherein he discussed preparing the reader for story revelations.  This workshop changed the way I looked at plot twists.  Specifically, for a plot twist to be effective, the reader has to be set up for it.  The twist should feel right because the writer has included the foundation, the clues, that lead up to the revelation.

Without the proper groundwork, a reader says, “Wait. What just happened there?”

With the proper set-up, the reader says, “WOW!”

I also admit to being transfixed by J.K. Rowling’s chart, prepared for writing Harry Potter and The Order of The Pheonix:

I brought these influences with me when I arrived for Theresa Meyers’ workshop, “Plotting for Success.” I had so many ideas bouncing around in my head that, to write this blog post, I had to go back to my notes to separate out what Meyers actually said and the way I filtered her words through my own experience and practice.  For instance: 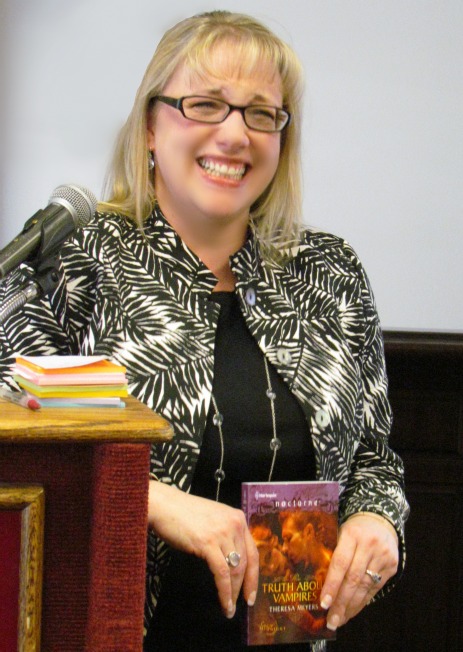 All the while, hearing Meyers talk about the fact that we can track anything using plotting boards, I kept seeing J.K. Rowling's chart. And then I thought, "what if I use one of those columns to look for ratchets and buttons?" I mentally substituted Snyder's beats for steps on the hero's journey. I kept visualizing clusters extending out from every square on my chart. I saw my own story through many lenses at the same time.

A friend asked me later, "Will you use Theresa's process?"

I wasn't sure how to get my mind around the question. It was like someone asking me if I planned to borrow Theresa's car or her toothbrush or something. Um, no. I can't use Theresa's process. What she does, the magic she creates--it's all hers. She shares her process and she inspires us, but we still have to write using our own.

Did I pick up some new tools to integrate into my own process? Oh yeah. All this week I've been filtering ideas differently and trying new things. When I go to my next workshop, Meyers' ideas will be there with the rest, quietly influencing everything I hear.
Labels: chart Eric Witchey J.K. Rowling Johanna Harness plotting Terri Farley Theresa Meyers Writing