Before you trash your outline 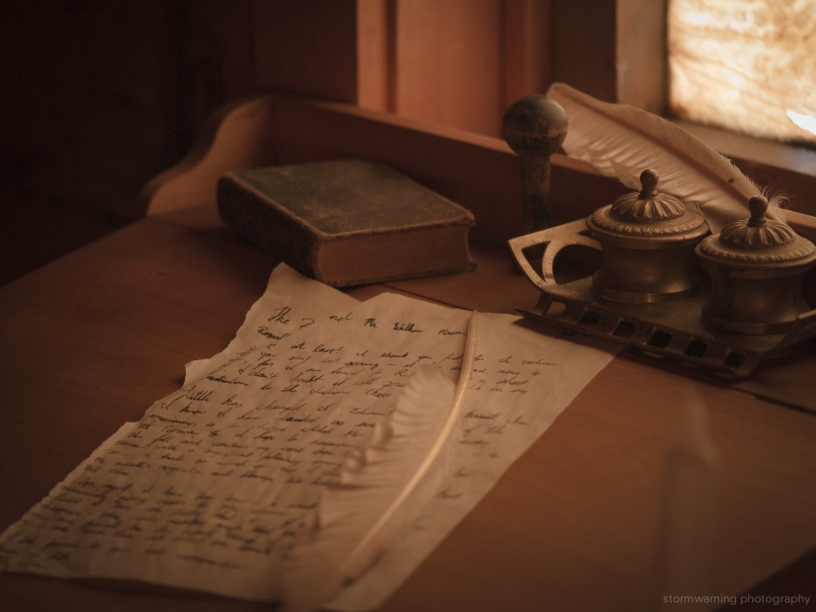 It's day two of NaNoWriMo and I hear rumblings of getting-started issues.

Before you trash the outline you've so carefully crafted, consider Point of View (POV) first:

1.  Are you writing in the correct POV to tell the story you want to tell? You don't have to change your story to match the POV.  You can change the POV to match the story. You're a writer doing magic and this is one the tools of your trade.

2.  If you are writing in 3rd person, are you settling into one or two heads or are you head-hopping from one to another? A lot of new writers head-hop.  (I did.  I liked it.  I didn't want anyone telling me to stop.)

If you head-hop, you have to write a lot of phrases like "she thought he was gorgeous. . ." and "he noticed how she couldn't stop looking at him."  If you don't head-hop.  You can say, "Delicious from leather boots to belt to. . . oh god, those eyes.  He tilted his head toward her, smiled, and her knees quivered."

Or maybe you're in his head:  "The woman at the bar kept sizing him up, probably thought him a mark, probably planned to roll him and take his money just like the last bitch.  When he got her alone, she'd see that flashing her legs at him wasn't such a good idea.  He tilted his head and smiled."

At the very least, if you are going to write both perspectives, separate them with a # marker, so the reader won't be so confused.  Keep in mind what each character knows about the scene and keep them straight.

3.  If POV is the issue or you think it might be the issue, take some time to write the same intro in a few different ways.  Try on some different possibilities before you commit yourself any more to this path.

SO POV isn't the problem?  Back to the outline then.  (BTW, I rarely outline.  I do big boards, phase drafting, and cluster plotting, but actual outlining has never worked for me.  I use the word outline here to mean PLAN.)

5.  Do you know how your main character gets from the beginning to the end? I'm talking about the main turning points, not every beat in the story?  Do you have that? This is the through-line.

If you have those things, carry on.  Do not go back and rewrite your entire novel plan.  There's no need.  You're on solid ground.

If you're struggling right now, the plan for the book is probably secondary to something else.  Explore your options, have fun, and keep writing!
Labels: characters don't give up NaNo NaNoWriMo novel outline planning POV questions Writing