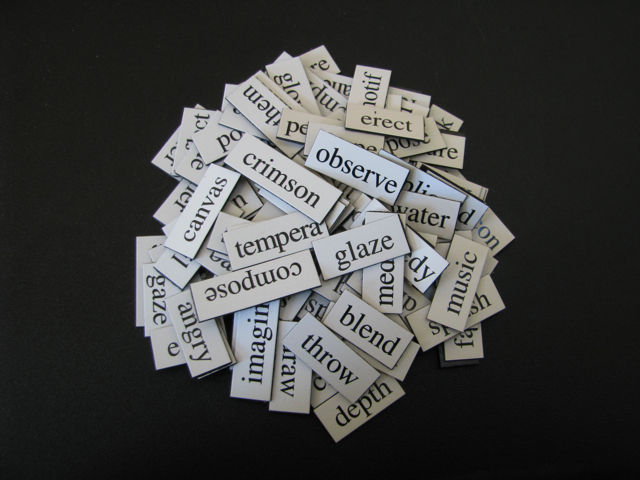 It's NaNoWriMo time again and the chatter moves to novel planning.  I'm posting a couple older posts on the topic and then I'll add the way I'd plan a novel today (a constantly evolving process).  This first discussion of phase drafting comes from September 3rd, 2009.  There are two blog posts combined here.  The first is my own exploration of writing a "pre-rough draft" and the second shows what happened when someone on twitter pointed me to phase drafting.  Enjoy!

I’m experimenting with something new as I write the second book in the Claire Morgane series.  I’m adding a step.


I’m not sure if this is necessary.  It may be like the two cups of coffee I poured myself on accident the other morning.  Maybe it’s like washing dishes before you put them in the dishwasher.


Or maybe, quite possibly, this will be useful.  No way to know without trying.


My extra step is writing what is either an extraordinarily detailed outline or a rough, rough draft. It could be described as either.  The step fits between outlining on my big boards and writing the rough draft.


Some of the chapter material is detailed enough to transfer straight into the rough draft.  Much of it is summary of action to be written later.  This mss will end up being between 15-20K words.


My thought is this:  It would be much easier to edit a draft in this stage than a final draft.  Unpredictable things happen when ideas are fleshed out.  Characters go their own ways.  New characters appear out of nowhere.  Some characters never develop and need to be removed from the draft.  And oh the plot holes!


With my last book, I spent a very long week re-organizing material in my first chapters.  It was complicated but not impossible.  The whole time I had a question buzzing in my mind:  how do I organize the next book so I won’t have to do this again?


I wrote my first chapter on September 1st.  I like it.  But a nagging voice in the back of my head is telling me, “That’s probably not really your beginning.  Nice hook, but not great.”  And yes, it’s also a comforting voice that says, “Oh never mind, you’ll come back to it and it will be fine.”


But I’m stubborn and I want to know:  is there a way I can write better first drafts?  And the logical part of my brain says, “Of course.  Improving your craft is what it’s all about.”


So after my second chapter began intertwining the main plot and a subplot in unproductive ways, I called a stop to construction.  I don’t want to balance the rest of the book on my head while I reconstruct this foundation again and again and again. I want a good, solid foundation for everything that follows.


The problem is that, even with an outline, our stories surprise us.  To build a solid foundation, I could suppress the surprises, but I don’t want to do that.  I like the surprises and I think they make the story more real.  So the other option is trying to discover the surprises in a condensed format:  the pre-rough draft.   Then I can edit the hell out of the pre-rough draft before fleshing out the scenes.


Honestly, I have no idea if this will work for me.  And if it does work for me, I have no idea if it would work for anyone else. I do believe it will improve my writing, whether or not it’s a strategy I adopt long-term.  Maybe it’s the extra support I need for this book and I’ll learn enough through using it that I won’t need it for my next.


I wrote my last blog entry about the pre-rough draft and immediately received a response from @ShawnScarber who pointed me to “It’s Just A Phase” by Lazette Gifford.

This is one of those days when I want to hug Twitter.  I have an idea, I put it out there, and someone comes back with a wonderful reference that moves me leaps and bounds ahead of where I was.  Yippeee!

Then I printed out the article from Lazette Gifford and really studied it.  And I realized that she’s not using the word “phase” to relate to a phase in the writing process.  I had to let go of my pre-conceived ideas to understand.

In her vocabulary, a phase is a piece of a scene.

Oh, that changes everything.  Gifford’s idea is much more advanced than anything I was considering.  It’s so much more wonderful!

I think this is an outlining style that even a pantster would adore.  (Pantster=someone who plots on the fly, by the seat of one’s pants.  Still lost:  origin of the phrase.)

I was attempting to do the pre-rough draft by writing more about each chapter.  It was going okay, but the ideas weren’t flowing as well as they do in full rough-draft writing.

By breaking scenes into phases, the action flows.  There may be 300 or more phases to be developed in the rough draft.  Each phase becomes a writing prompt.

Gifford also presents good ideas about how to keep your writing on track for word count, how to set goals, when to add or subtract phases.  Her short article is a gold mine of information.

I admit when I first read through the article, I was distracted by the speed at which she was able to write using this method.  (I think that may be the reason it took me a while to understand her vocabulary.  Her words about writing a novel in days kept bouncing around in my head like writer-candy.)  As I think more about those of you getting ready for National Novel Writing Month, I can really see how this would help.  And hey, who wouldn’t want to write better faster?