I'm so happy to be celebrating with Mariam Kobras today!  Her new book is out she's stopped by today to tell us more about it.  Welcome, Mariam! 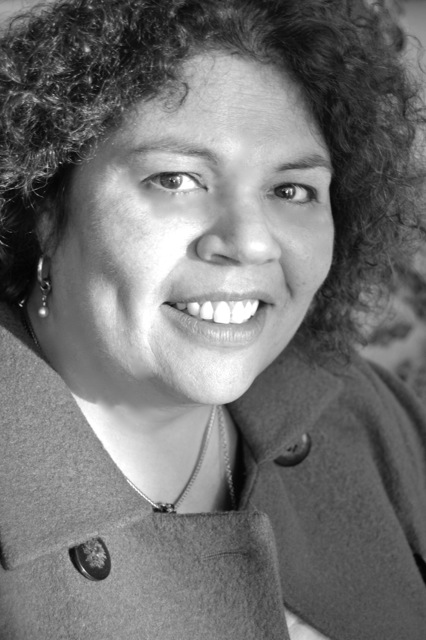 Naomi Carlsson and Jon Stone, the heroes of the Stone Trilogy, have been a part of my life for so long that I find it hard to not just break into a wide smile and start telling anecdotes about them when I’m asked to write a blog post about the new book, Waiting for a Song, Naomi's Story.

“So what’s the new book about?” you might ask, and I’ll just lean back and go.

“Oh, you know. It’s about that time in their lives when they meet for the first time. Naomi has just sent Jon some lyrics she wrote. Now she's waiting, and hoping, and going completely around the bend because she has no idea what will happen, if anything. And there, on the other side of the ocean, on the other side of the world, is Jon, and he reads what she’s written, and he goes totally crazy, too. He feels as if she’s talking to him, as if he can hear her voice in the rustle of the jasmine bushes in his garden.

And Naomi, in Geneva, can’t sleep or eat or even think clearly, listening to Jon on the radio and on his albums. It’s as if the universe has conspired to create them for just this one purpose, to have them meet and fall in love.
When they meet in that hotel lobby, they know each other right away: it’s a meeting of fates, an inevitable force that pulls them toward that great and all-consuming love.

But there are also the little things, the entirely human and funny things, that happen around this cosmic moment.

Naomi, barely more than a teenager, gets caught by her mother as she desperately tries to decide 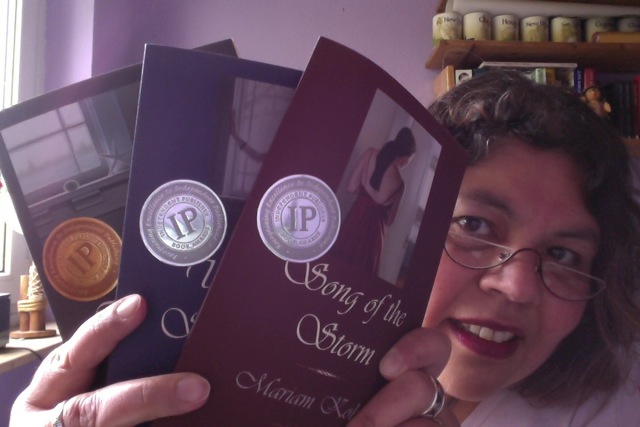 what to wear to meet Jon. There she is, standing in her underwear amid mountains of clothes, uncertain, and this uncertainty mirrors her fears about what she’s going to do a short time later when she walks out of her parents’ home and meets this stranger, this young man who has been following her into her dreams with his voice and his music.

All she knows about him, she has gleaned from an article in a fashion magazine, and all she’s seen of him are the photos in this article. She doesn’t know if the image she has created is in any way close to the real person.

Fearful, doubtful, she decides to wear flat sandals, just in case Jon isn’t the tall man she wants him to be, and she dresses in jeans and a white top to appear unassuming, just another girl, an accidental poet who sent those lyrics to a stranger on a whim, and nothing more.

So that’s how they meet.

Two young people, in awe of each other, yet impatient, almost hungry to know about the other, to lift the veil of their instant connection through the music and the rhymes.”

Yes. That’s what Waiting for a Song is about. 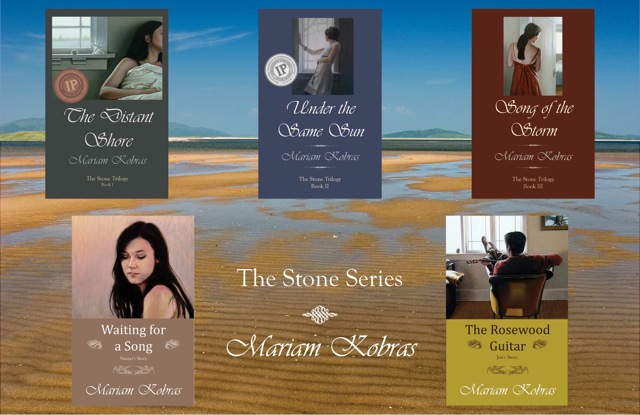 It’s about the headiness of first love, about dreams, music, and sunrises on a faraway beach. It’s about enchanted gardens, soft songs in the first light of dawn, ball gowns in dusty rose, and a love that’s deeper than the sea itself.

It’s about the moment when Naomi discovers her talent for writing, and about a young Jon who isn’t yet the self-assured rock idol he will become.

So–that’s about it. Waiting for a Song is a love story, a story about dreams and hopes, and about how sometimes, if you close your eyes and wish upon a star, your wish might just come true.

This was the third stop in Mariam’s Book Launch Blog Hop & Giveaway to celebrate the release of Waiting for a Song, Naomi’s Story. Don't miss the next stop on June 9th on Lauri Rottmayer's blog where she will be interviewing Mariam.

GIVEAWAY: ONE LUCKY WINNER will receive a red leather journal with cream pages and a ribbon marker—like the one Naomi used when she wrote the lyrics that won Jon's heart. To en-ter, just leave a comment below (US and Canada residents only please). Prize courtesy of Bud-dhapuss Ink LLC.

For more chances to win, please visit the Buddhapuss Ink or Mariam's author page on Face-book and click on the Giveaway Tab!

Thank you so much for hosting me, Johanna!