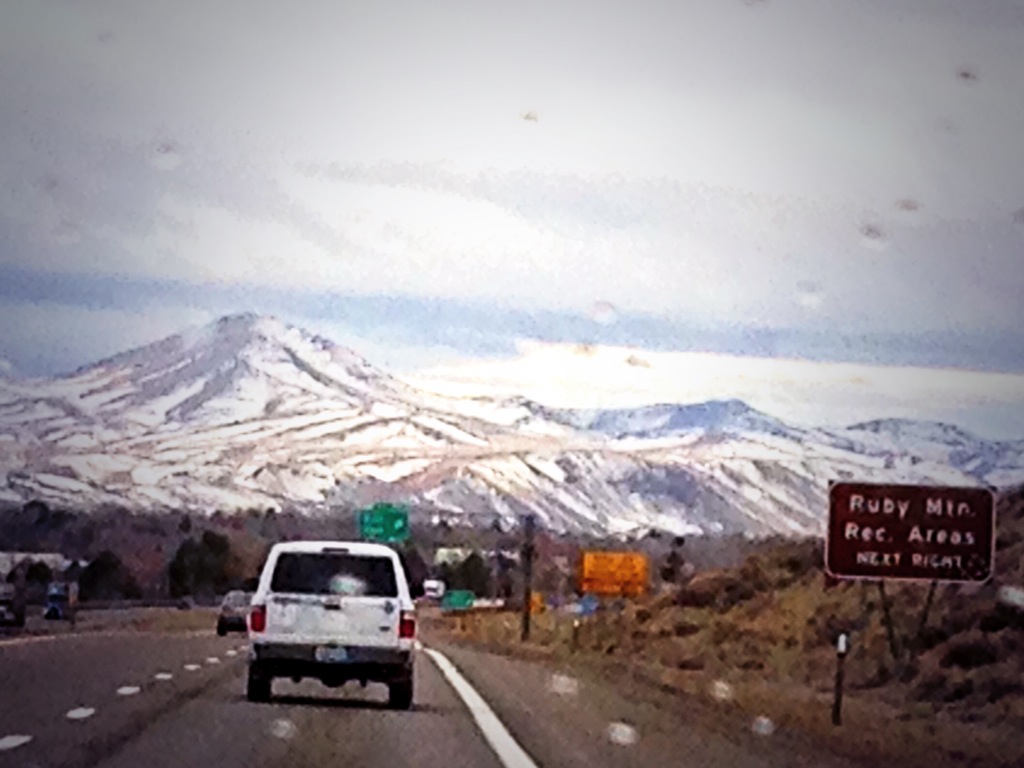 I get excited about Comicon and Leakycon, but I never really have that fangirl moment like I do when I walk into the Pioneer Saloon at The National Cowboy Poetry Gathering. So many poets and musicians fill the small space and I carry their words in my heart.

Barely inside the door, my 15yo daughter hyperventilates and points.  "Glenn Ohrlin, Mom."

Hearing his name, he slowly looks up from the table, focusing on my girl with a look of confusion. I shake his hand and both daughter and I become ridiculously speechless.

He looks us up and down, his brow furrowing.  "Huh," he answers--not a question, but the acknowledgement so common in this part of the world--the one that says this is a head-scratcher worth considering but no words will really suffice.

I wonder how confused he would have been if he'd heard us that morning.  We'd gone to Radio Boise for my husband's radio show and, when the poet's voice came on the air, the kids and I yelled, "Glenn!" and grinned from ear to ear.

Yesterday, during a performance of Wylie and The Wild West, daughter and I looked at each other and mouthed all the words to "Buck Up And Huck It." The German Public Television crew that had been filming Wylie? They turned their camera around, clearly focusing on the teenaged girl--the odd one in this room full of arthritic old cowboys.

Later, we hovered near the autograph table just to be near Henry Real Bird, not even talking to him, for fear that we wouldn't even be able to mutter the profound real-fans comment. Sometimes I'm almost in tears with my star-struck self, so capable of normal speech in damn near any circumstance, but not here.

These people are my people. They speak of a life that is my heritage, but once removed.  It's the life of my ancestors--and of my parents before they moved to town. They tell stories once told to me by grandparents and parents--stories I can only carry in my heart now, with no one left to tell the first-hand accounts.

These performers say things that resonate so deeply, reminding me who I am.

In this place, I understand why I had to buy the property with the big, red barn. I know why I had to start raising sheep--even though I hadn't the first idea of what I was doing. They make me feel less irrational about the glee I feel at becoming an official 4H leader--finally participating in a group I never fit into as a kid.

These are my people and yet, sometimes, being here makes me feel empty, so keenly aware that I am the generation once removed.  We've been approached several times by organizers of this event, asking for insight on how to bring more young people here.

My sense? Just welcome them.  Many of these young people are like me, standing in the gap between their family's past and a future that often feels meaningless compared to all that's left behind.  It can be painful to know who you are in a world that demands so much else from you. But that pain? It's okay. Probably it's even necessary. The next generation--the one that includes my kids? They'll sing along with the musicians and write poetry--and it won't be so painful for them to reaffirm who they are.