Fishtrap: On Being A Writer 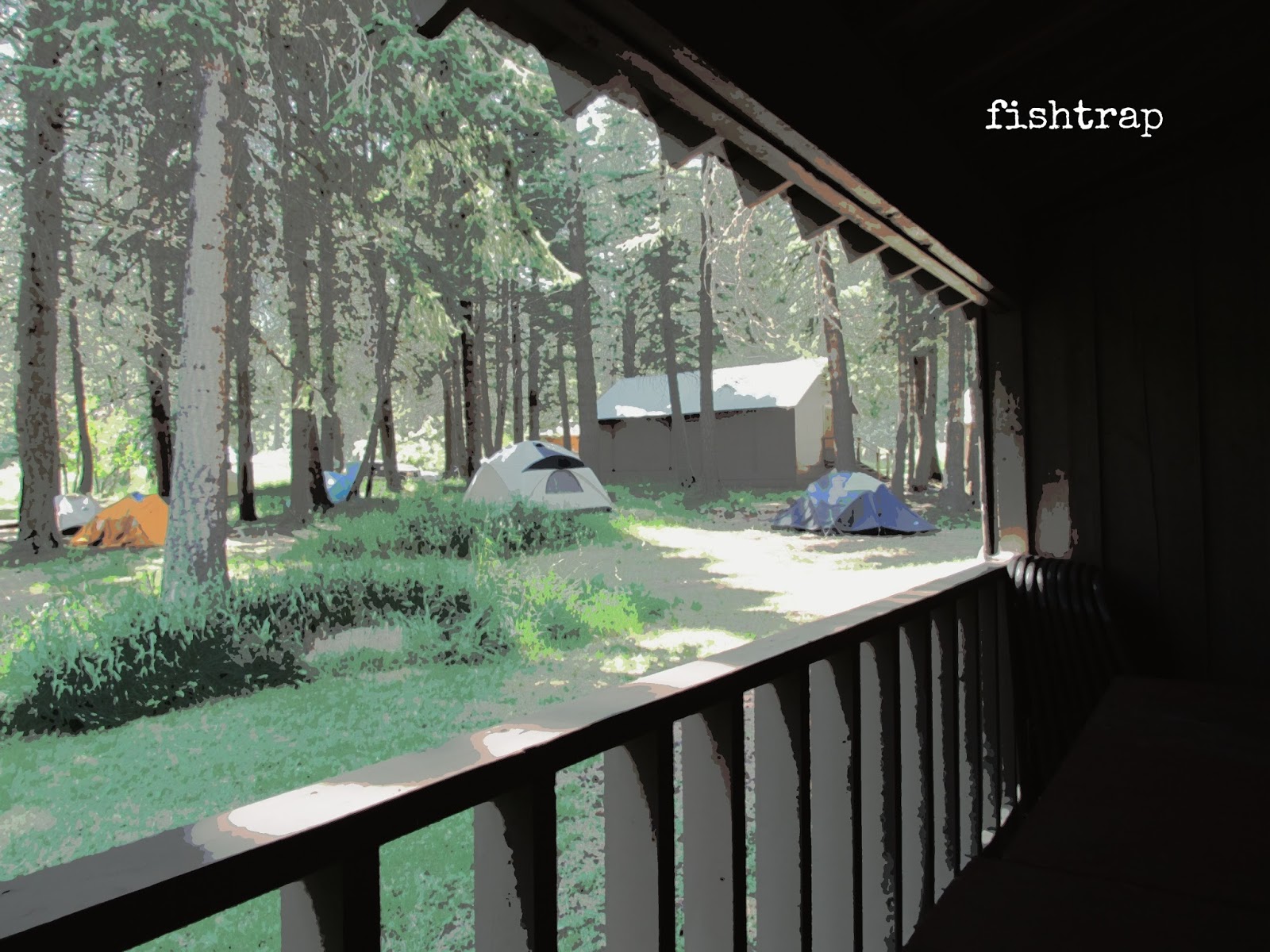 While planning our summer activities, I originally thought maybe my daughter could come with me to the Fishtrap Writing Conference at Wallowa Lake in Oregon. They have youth workshops and scholarships available.  She applied for one.  We waited.

In the meantime?  That same daughter's National History Day essay placed second in the Idaho state contest, giving her a chance to compete at the national competition in Washington, D.C.  The only catch?  Considerable travel expenses.  Our priorities shifted:  we absolutely had to get this kid to D.C.

We assumed Fishtrap wasn't in the cards for us this year. 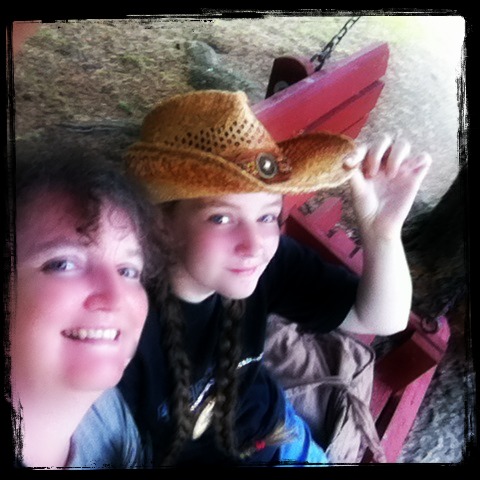 Then my sweet kiddo received a scholarship to Fishtrap and somehow things flipped.  She was no longer going to Fishtrap with me; I was now going with her.

The funds for my workshop were well-spent on that D.C. trip and I would make the same decision again with no hesitation, so there was no point spending time with my face pressed up against the window.  I was going as a chaperone and, for me, this would be a writing retreat rather than a conference.  And really, as a retreat, it was pretty darn idyllic.

We stayed in a tent, my daughter and I---and it was the first time the two of us had been camping without the rest of our family.

We paid for meals at camp and they fed us very well (something I've learned from other conferences not to take for granted).

Each morning, bird song increased in volume as the dawn approached.  (This original form of tweeting held me accountable to the page, even without an internet connection.)

Each morning I rolled out of my sleeping bag and, with no one to greet or tweet, I fell right into my writing warm-up. 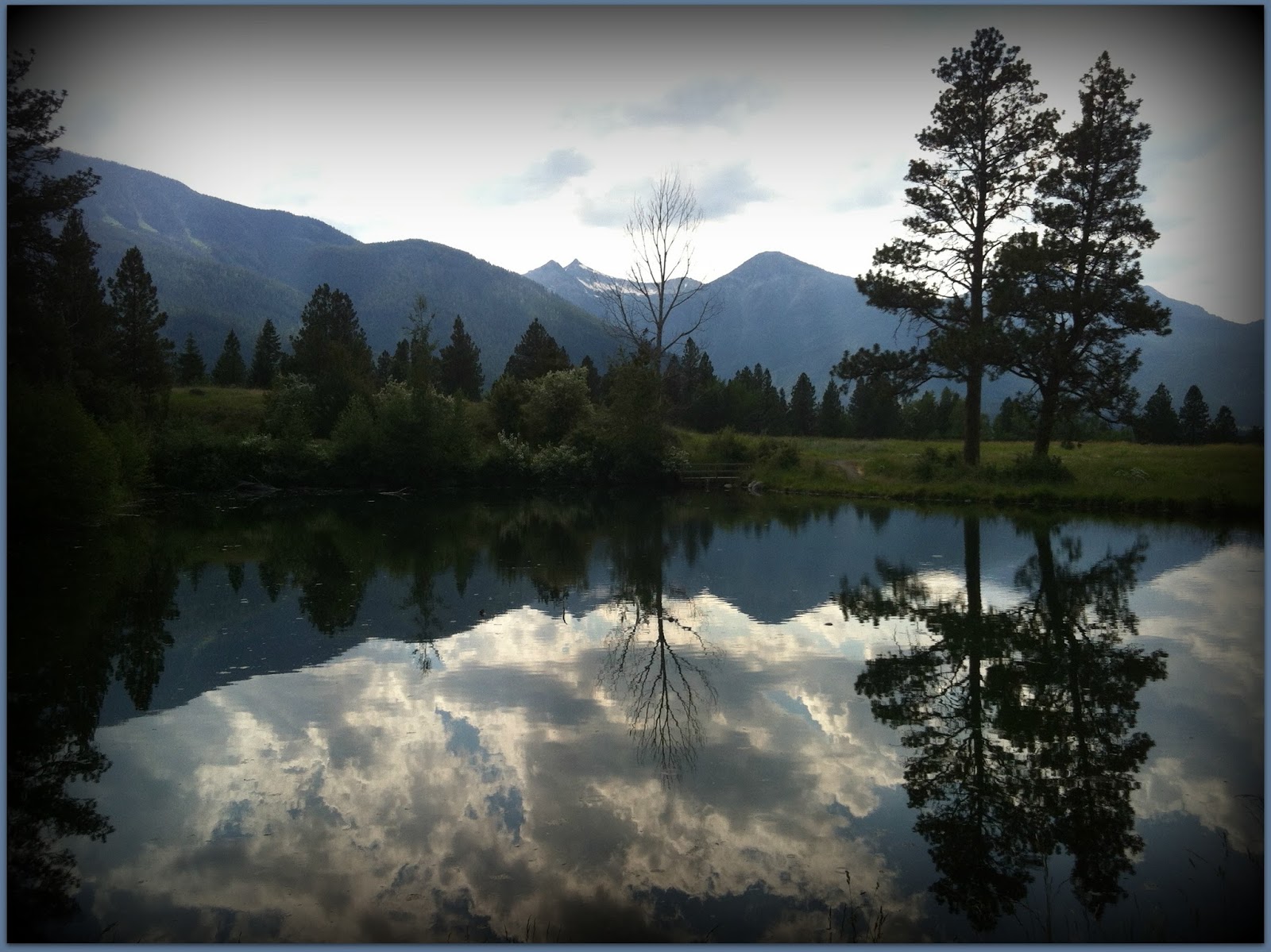 By the time my daughter rose to make her way to early-morning yoga, I was 2,500 words in.

After breakfast, while everyone else disappeared into workshops, I slipped into my writing spot (the top photo was taken from that spot)---and I hit the keyboard.

After 5,000 words, I'd break for a shower---probably talking to myself and appearing utterly-nutty by then.

By lunchtime, I was half-glazed over, lost between a fantastic world of my own making and a surreal world of well-known authors and their kids. 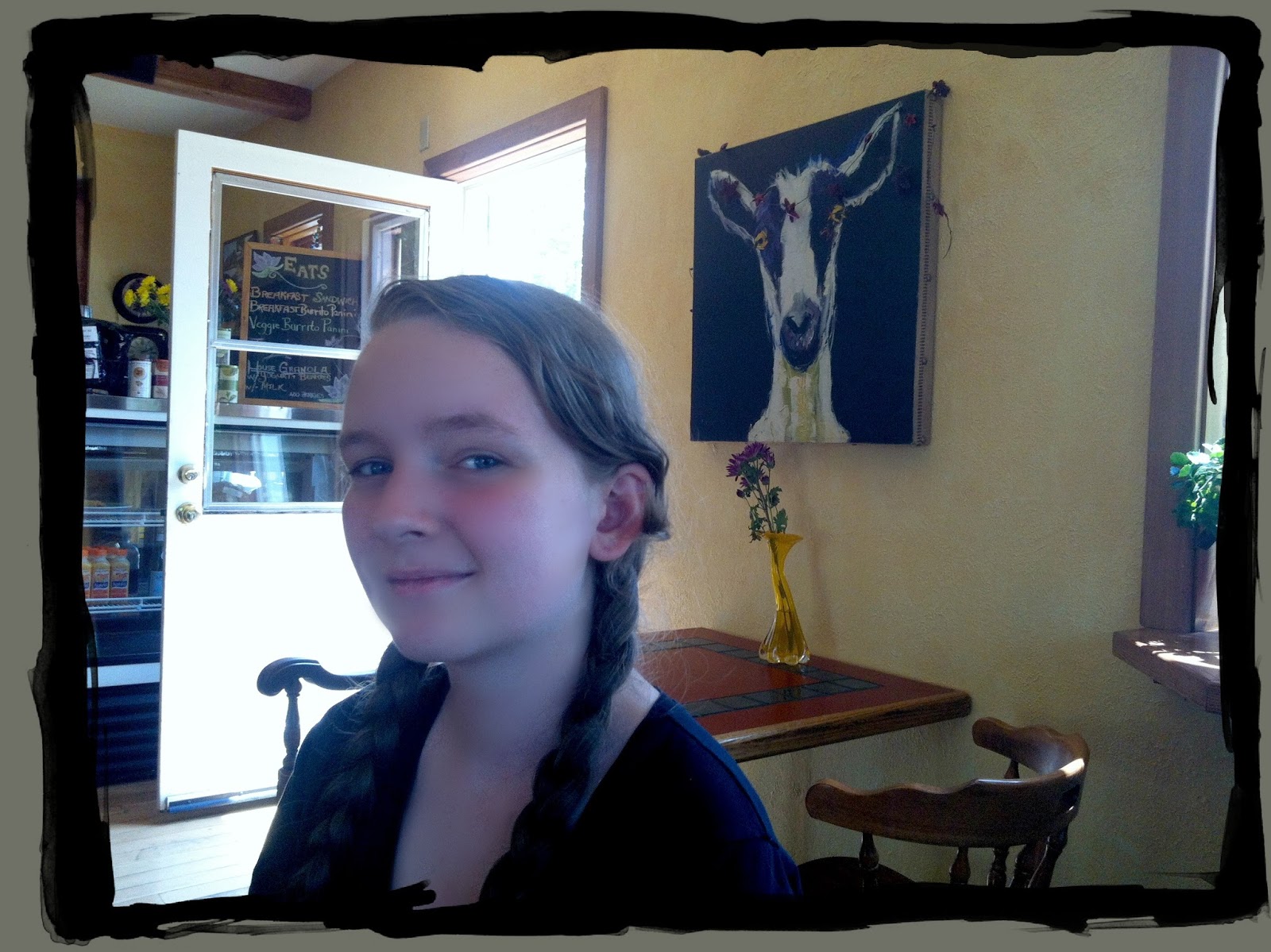 In the afternoons, we'd go hiking and exploring. The short hike to Iwetemlaykin was breath-taking.

Red Horse Coffee Traders was another of our favorite destinations---a place where we enjoyed house-roasted beans and a wi-fi connection.  The people there were so welcoming and hospitable.  I can't say enough good about them.

In the evenings we'd return to camp for dinner, readings, performances, campfires. I'm a crazy introvert, I made little effort to put myself out there and talk to people, and I had a wonderful time.

This conference was unlike any other I've attended.  There were no agents invited. There were no hour-long workshops to and from which attendees ran back and forth all day. 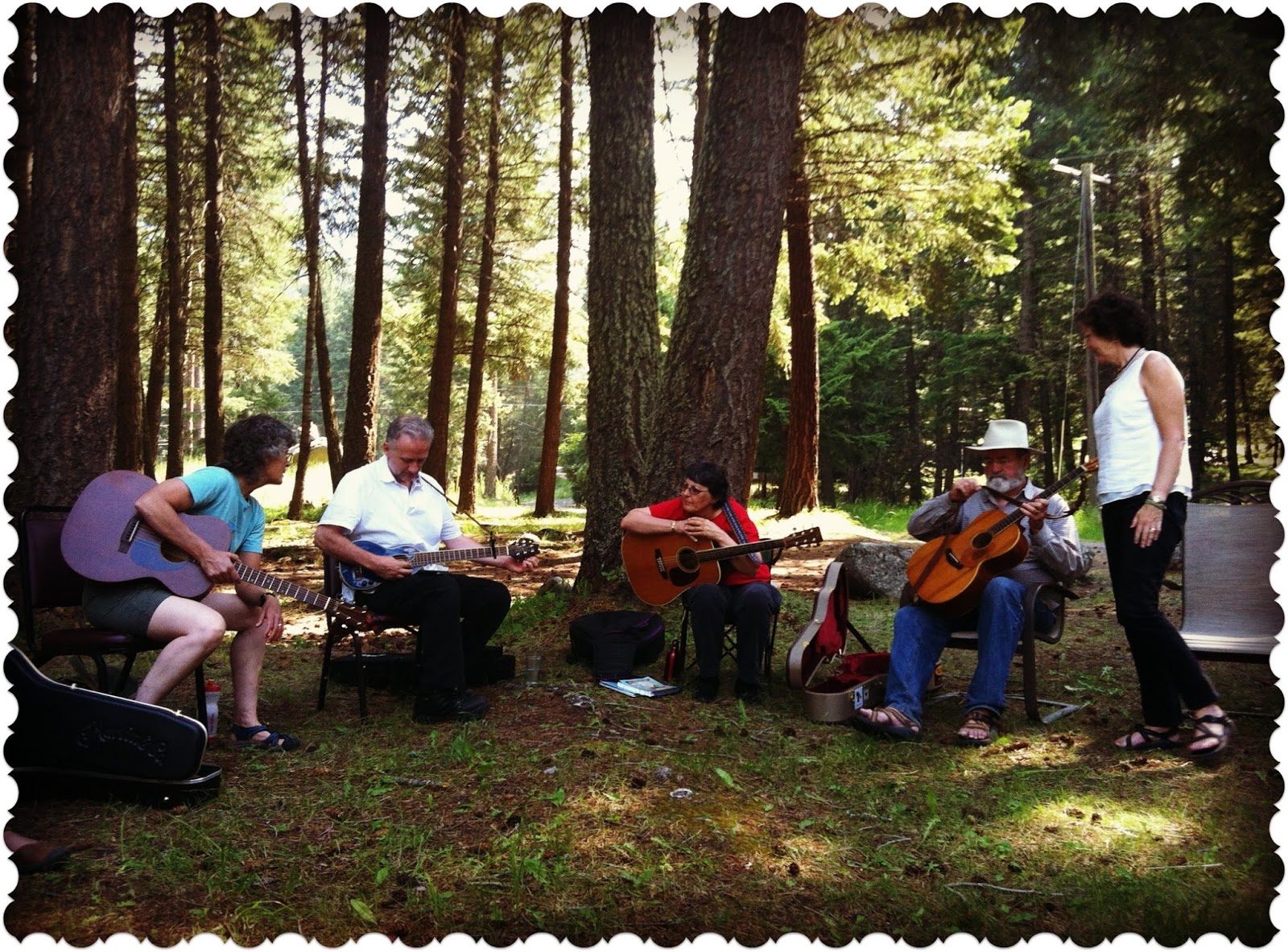 Participants chose one well-respected author and learned from that author in a small-group setting every morning for a week.  In the evenings, the entire group (including kids, chaperones, community members)---all met together for presentations, readings, and discussions. The sense of community and belonging--the feeling that we were there as a family of writers---it overwhelmed me.

The self-proclaimed goal of Fishtrap is, "promoting clear thinking and good writing in and about the West."  Our theme for this year was, "Catch and Release: What we hold on to, what we let go, and the one that got away." Cars in the lot had bumper stickers that read, "Keep it Rural."
The fact that we raise sheep on our tiny parcel of land, the fact that we homeschool, the fact that we think independently and respectfully about ours and others' religious and spiritual perspectives, the fact that we help each other without keeping score, even the fact that we willingly (even willfully) chose to stay in a tent---none of these things seemed unusual in this setting.  No one gave us that look---the one that says our eccentricity might be crossing the line into inappropriate rural proclivities. (Yes, we did keep and milk goats for a time. Who hasn't?) 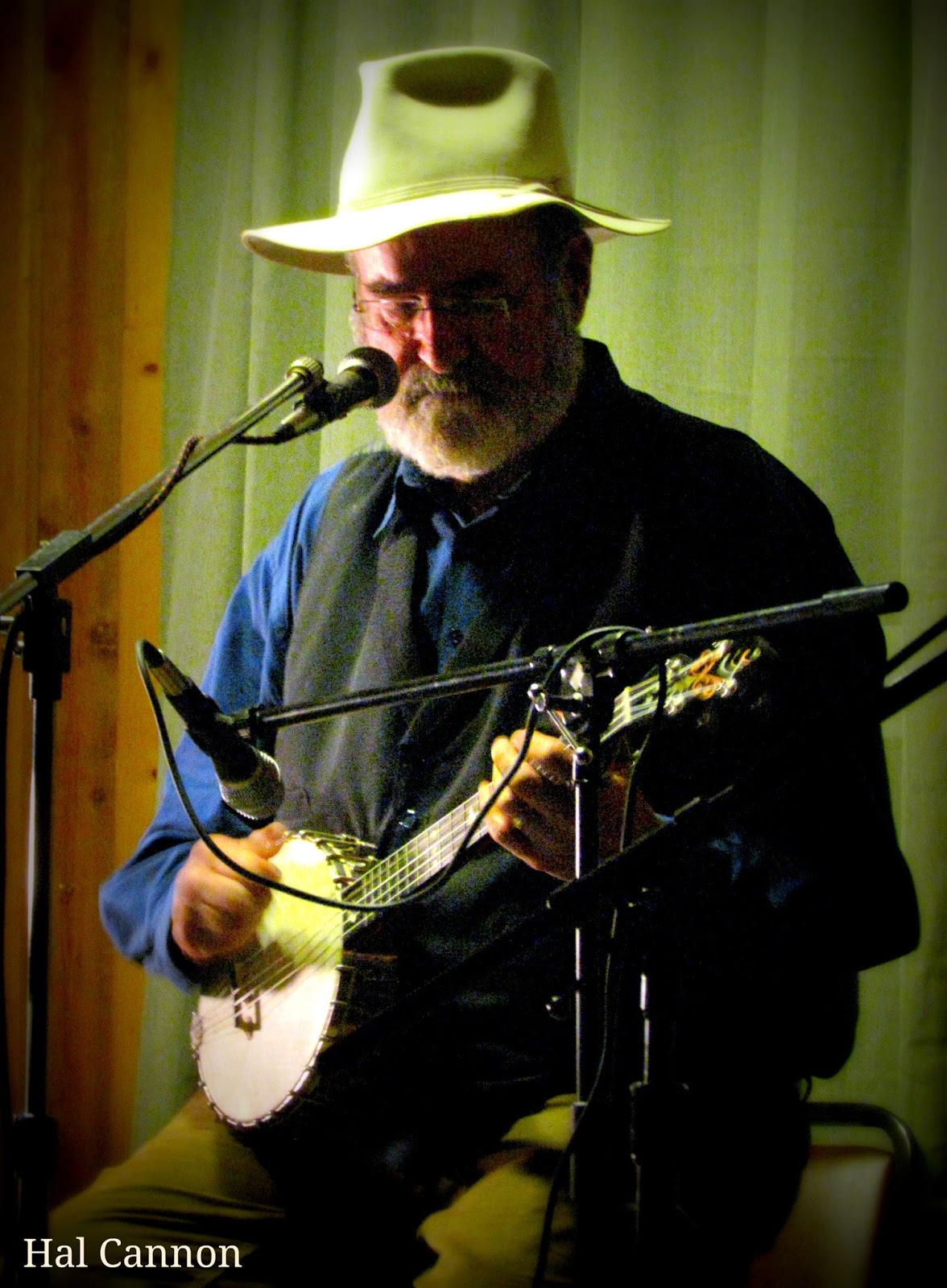 Even my starry eyes, half-focused on another world, seemed more than welcome here.

"Good for you!" would come the answer.

"Keep going," someone else would say.

"You'll get it done," says another. "People with your determination always do."

No one asked me for my prepared novel pitch, although more than one listener smiled at my book's setting: an Idaho of the future where citizens are expected to live in cities and rural life is outlawed.

"Show them why we matter," one woman told me.

It's a tall order.

So what did I learn this week?  I guess I learned things I already knew, but had nearly forgotten.

I learned that, without the internet, I cannot flip to another screen every time the going gets tough.  I can't check just one email or just one tweet.  I can't look up a word to make sure it has the connotation I'm seeking.  I can't do just a spot of research on the internet. I can't check to see if tomorrow's #amwriting blog post is on the schedule. 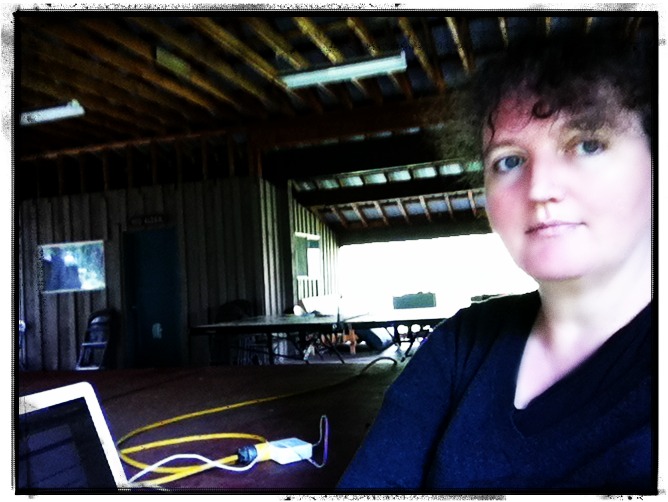 When I'm in the middle of a tough scene, sometimes the only thing to do is sit with it, in stillness.

Sometimes letting the discomfort wash over me is the only right thing to do.

I learned that I spend too much time running away from myself in one-minute intervals.

I learned that, if I want the tapping of keys again, sometimes I have to be satisfied with too-painful silence.

I learned that being a writer is all you need to be welcome in the presence of other writers. 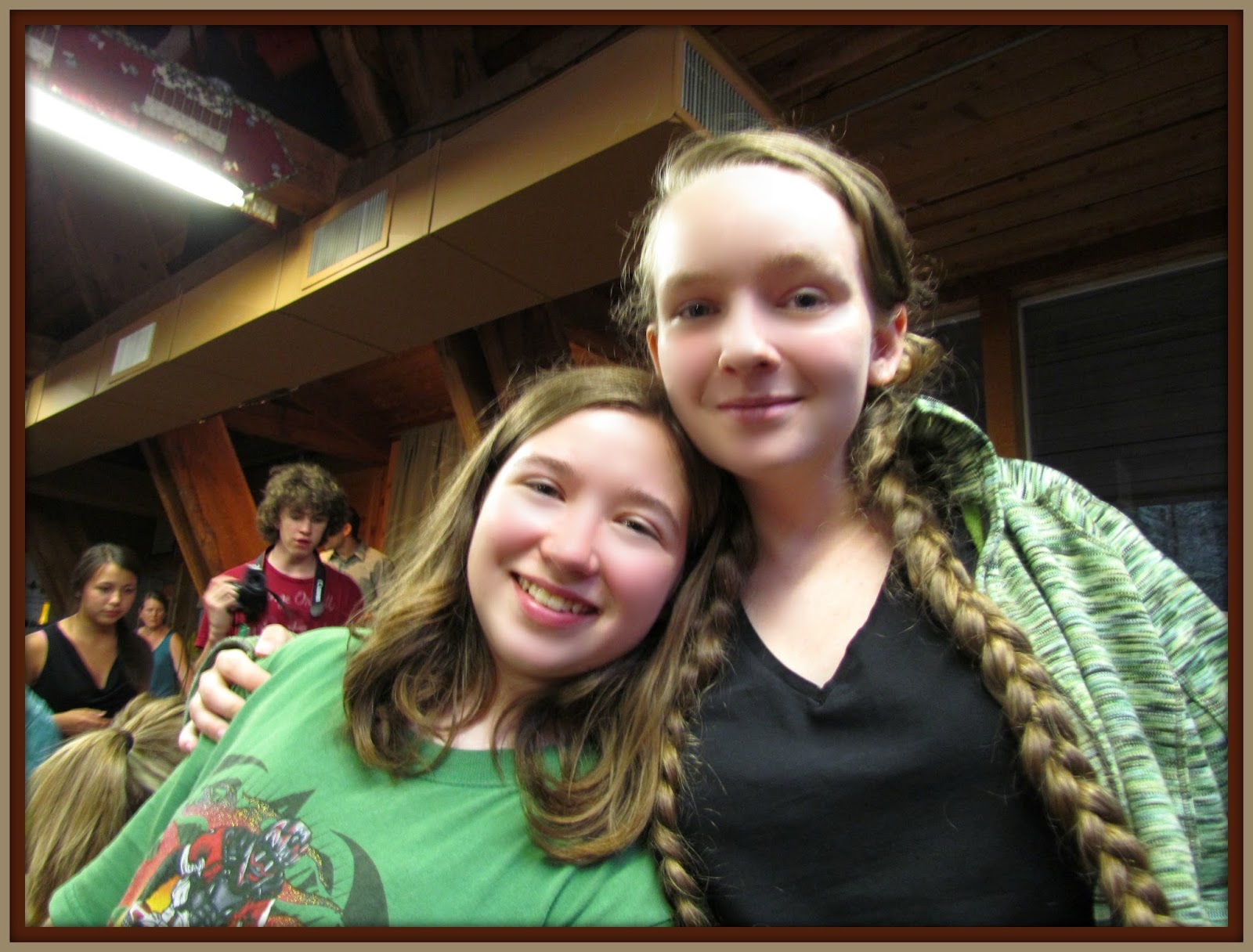 I learned that I can run to the most remote of writing conferences and still someone will recognize me from #amwriting.

I learned that the kids at Fishtrap are creative and fearless.  While adults are worrying about publishing options and the price of ebooks, those kids are honing their skills.  If we don't pay attention, they're going to pass us by.  It might already be too late.

Ooh---and I learned I like wild salmon---at least the way it's prepared by Joe McCormack.  Not since my father fed me pan-seared trout, fresh from the lake, have I eaten any fish I liked.  One bite from the grill of Joe McCormack becomes a stronger argument for saving salmon than a pound of words---or at least it makes a damn fine introduction.

I learned that sometimes we have to supplement our words with shared experience.  Walking together, camping together, sharing a meal together, clearing each others' plates and dishes---these things build community.  They create a place where even David James Duncan felt moved to trash his polished speech and take some risks on a brand new talk---a place where anything can happen. 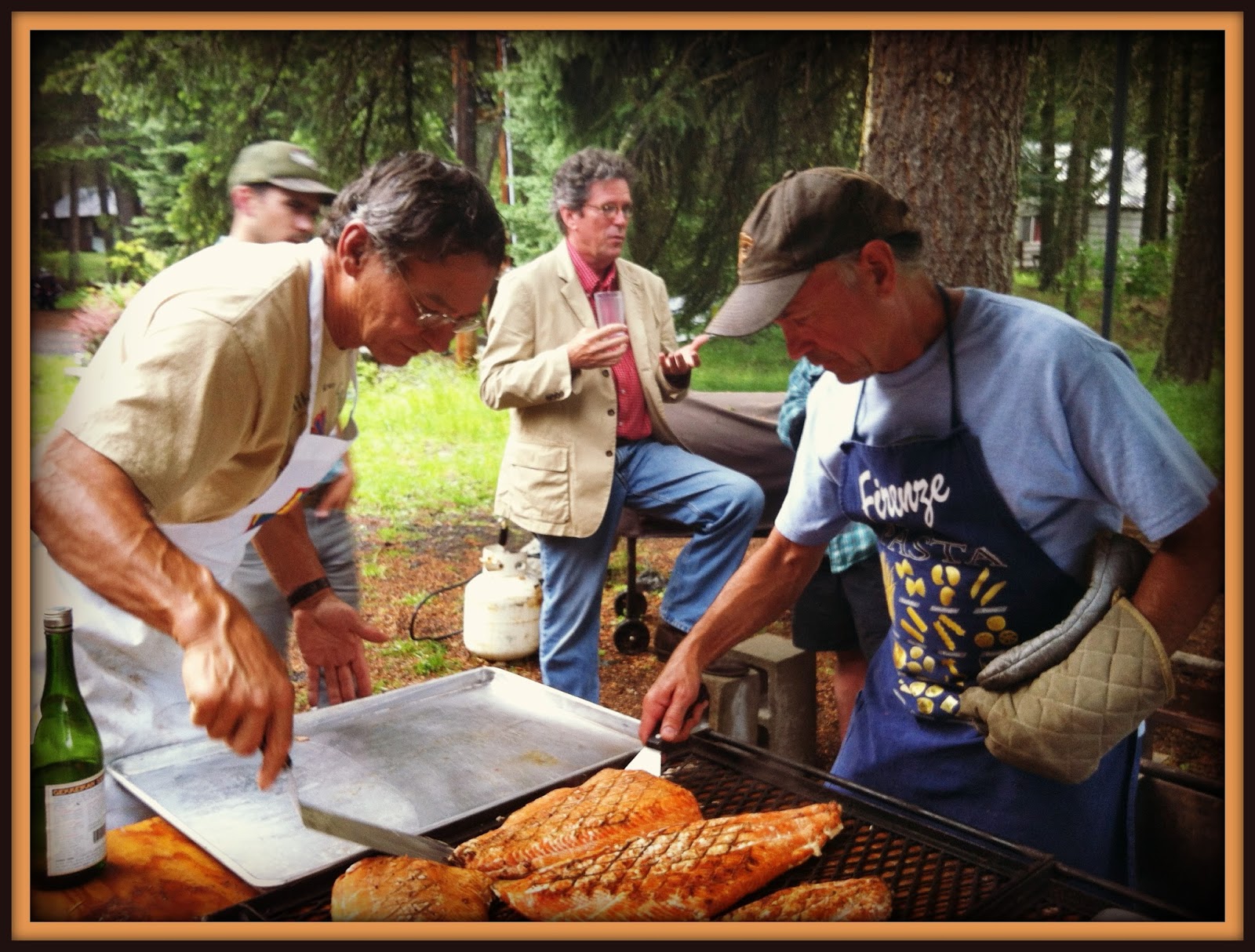