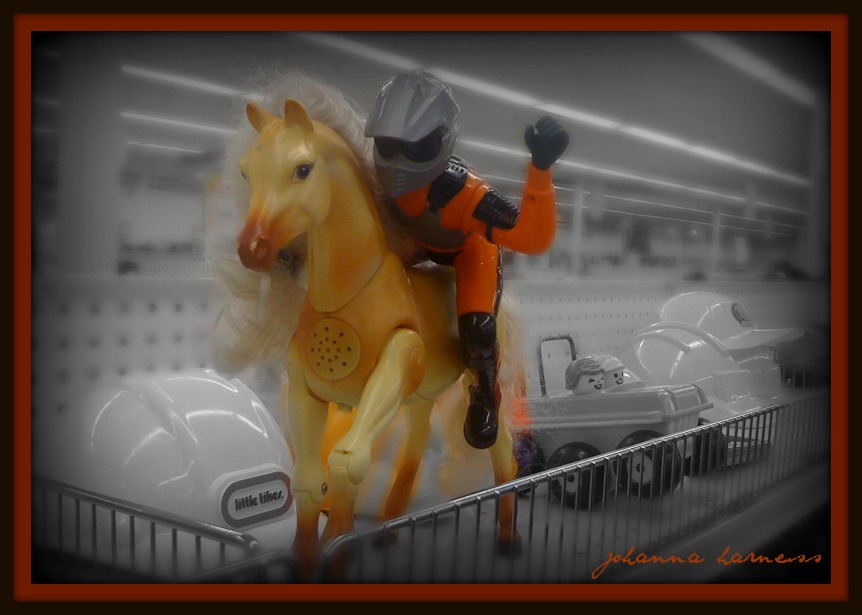 Imagination gets a bum rap.

The stuff of childhood play, imagination is often miscategorized as childish.  Ideas imagined are often mislabeled unreal or false.

Most of us go through a point in our growing-up years when we think it necessary to "put away childish things" including our imaginations and our imaginary friends.

I submit to you that imagination is key to creating meaning in our lives.

Does that mean that all meaning is illusion?  I suppose you could go there. I don't.  I think imagination is the root of all knowledge, the foundation for understanding everything truly important.

Before scientists can test a theory, they must imagine it. Before engineers can design complicated structures, they must imagine them. Some physicists would even argue that possibilities for reality are infinite until we observe and define---and how do we define anything without first imagining that meaning?

And yet, for all its importance, how many of us exercise our imaginations? When we really, absolutely, for-sure need to think differently and come up with answers to complicated problems, how many of us will be able to imagine those answers?

For writers, imagination is essential.

Great Aunt Marge might pat you on the head and take this to mean that you're so cute, writing your little stories and avoiding the real world. (In short, she treats you as a child because she sees imagination as the stuff of childhood.)

As writers, we're not just jotting down stories. We're exploring those primitive building blocks of imagination to create meaning.  We may approach our writing in the spirit of playfulness, but we're creating something profound.

One of my favorite parts of writing is getting to that point when my characters start editorializing my decisions. My hero might turn toward me and say, "Are you crazy? I'd never do that."  Or all the characters might gang up on me and insist on taking Path B when all along I planned for them to take Path A.  Or, my absolute favorite thing is when a brand new character wanders onto the page, refuses to leave, and steals the scene.

And this is where people get all mystical about the writing process, even though the experience isn't all that uncommon.  The stray character shows up and, against our better judgement, we let him stay. We don't know why. We just write the scene with him in it and then we move on.  Then, in the closing of the book, that character suddenly becomes critical to EVERYTHING. And we sit there, scene written, and we ask, "how did that happen?"

I don't know.  But then, I don't really understand how my heart beats either. That's pretty weird. And respiration?  Totally cool.

The difference, of course, is that we breathe all the time. Our heart goes all aflutter at the touch of a lover or calms in the presence of a waterfall. We're accustomed to some miracles more than others.

Imagination? Especially when we've put it away with childhood and it makes a startling return?  Imagination shakes us to the core.  It wows us.

I corrected my son the other day.  He wanted to watch television and we settled into our usual discussion.  This day his argument for expanding his screen time was, "but I was only playing anyway."  I told him play was important---essential even.

"But I do it all the time," he answered.

"But if you stop playing, you'll forget how to play."

He stared at me, wide-eyed.  "Seriously?"

"Adults forget all the time."

"But you use your imagination every day," he argued.  "You wouldn't be able to write without it."

"Yes. I had to train myself by writing every day. It didn't come back to me easily."

I didn't realize my younger daughter was listening. She squeezed between us and gave me a big hug, her eyes so sad.  "I'm sorry you lost your imagination," she said. Then she put hands on both my cheeks and nodded.  "I'm just glad it's back."

My son went off to play, my daughter joined him, and I sat in wonder.

Yes. I can find my way back to the very real world of my imagination, but I wish I'd kept the path open all along.
Labels: children imagination important Johanna Harness writers Writing