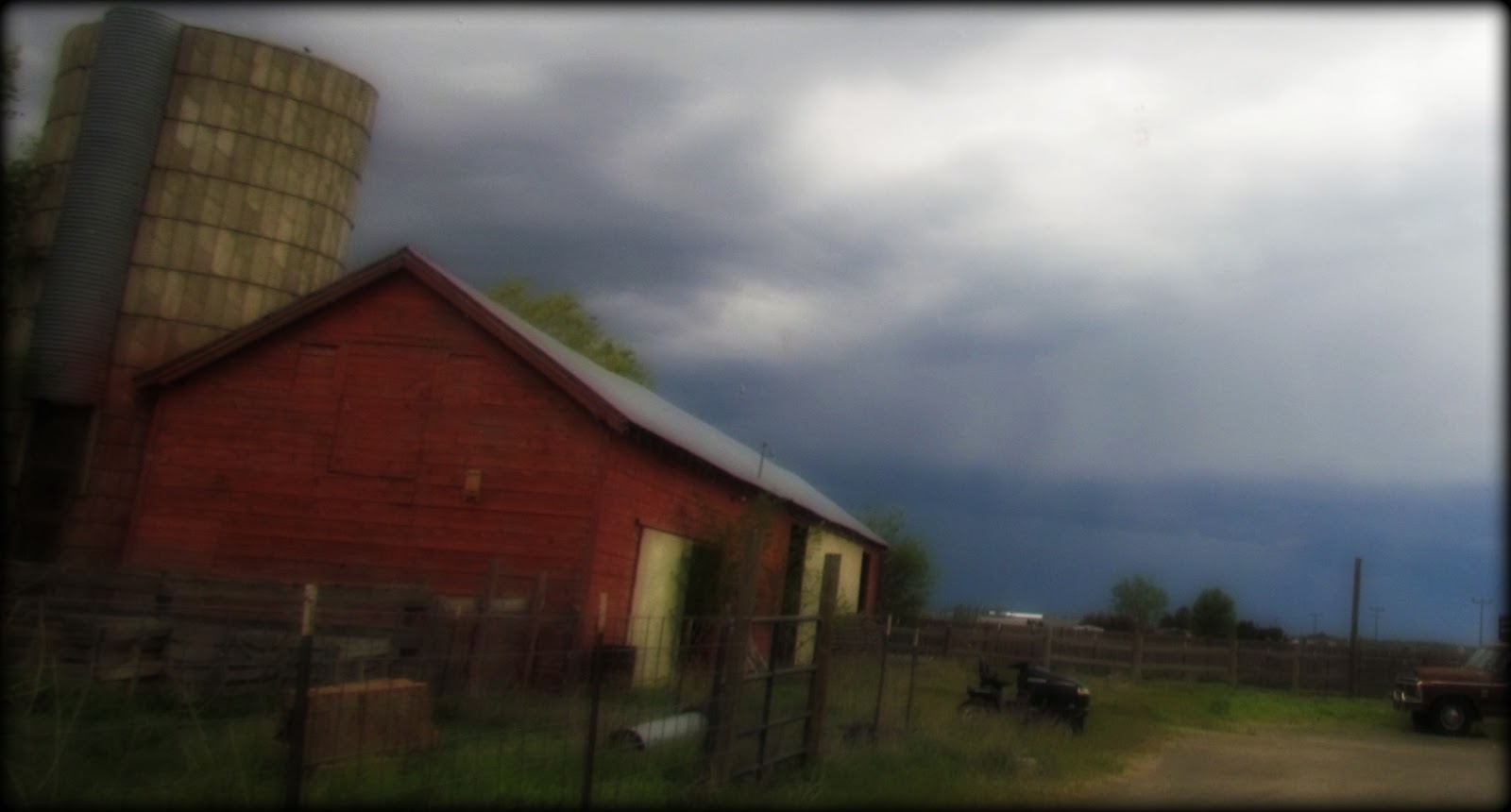 On April 25th, a freaky little storm came through our farm.  The sky darkened. Wind whipped up from one direction and then another.  Thunder and lightning followed.

Without warning, the gale disappeared as quickly as it arrived.   Five minutes later it came back.  Then it vanished.  Then it came back again.  Like I said:  freaky.  I've never seen a storm like that.  I hope I don't again.

The first time the sky darkened, anxiety seeped into the core of my being.  I'm a little kid about storms. This one was worse than usual.

The second time the sky darkened, my brother called to tell us my sister-in-law was losing her battle with leukemia.

The third time the sky darkened, I looked out and our ram, Liam, was having a seizure. He'd been hit by a jolt of lightning.

Compared to the news about my brother's wife, I didn't have it in me to express my feelings over what was happening to Liam.  I went to him and comforted him and called the vet.  No one expected him to live.

The next morning, I went out early, prepared for bad news.  Instead, Liam kicked his legs and looked up at me with trusting and vulnerable eyes.  I helped him up and he stumbled a little.  Then he went to his food and started eating.  I couldn't believe it.

I kept checking on him that day and I worried when he didn't respond as usual.  After some trial and error, I determined that the big guy had gone completely deaf. I had to touch him to get his attention.

The personality (sheepality?) changes in Liam also startled me.  Once independent and stubborn, our ram became sweet and affectionate. The fear in his eyes settled down when I approached and a hand against his nose made him quit shaking.

Liam seemed to be getting better.

Last Friday, June 3rd, Liam had another seizure.  He got up one more time, on shaky legs.  He leaned into me and ate from my hands.  He died the next day.  The lightning strike caused neurological damage from which he couldn't recover. I still find myself looking for him in his pen.  I miss him.